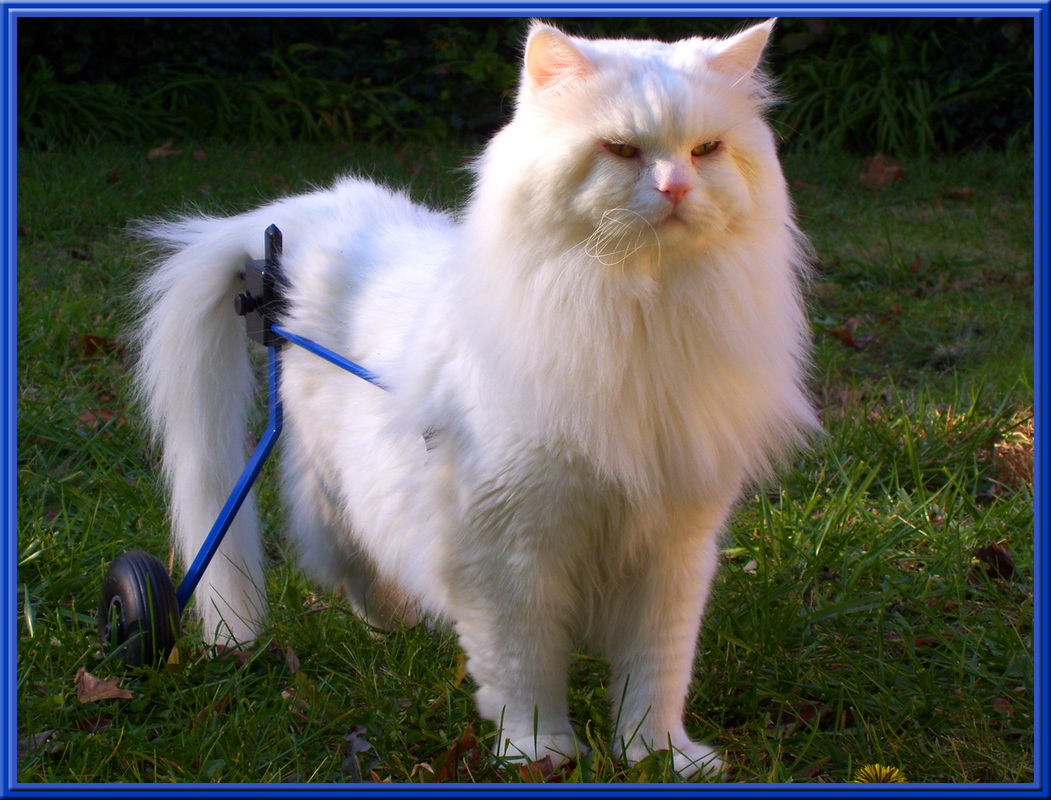 Sasha of Vinitsa
It took two and a half years to finally find the reason behind Sasha's paralysis... a 25 calibre bullet and fragments, lodged in Sasha's spine. 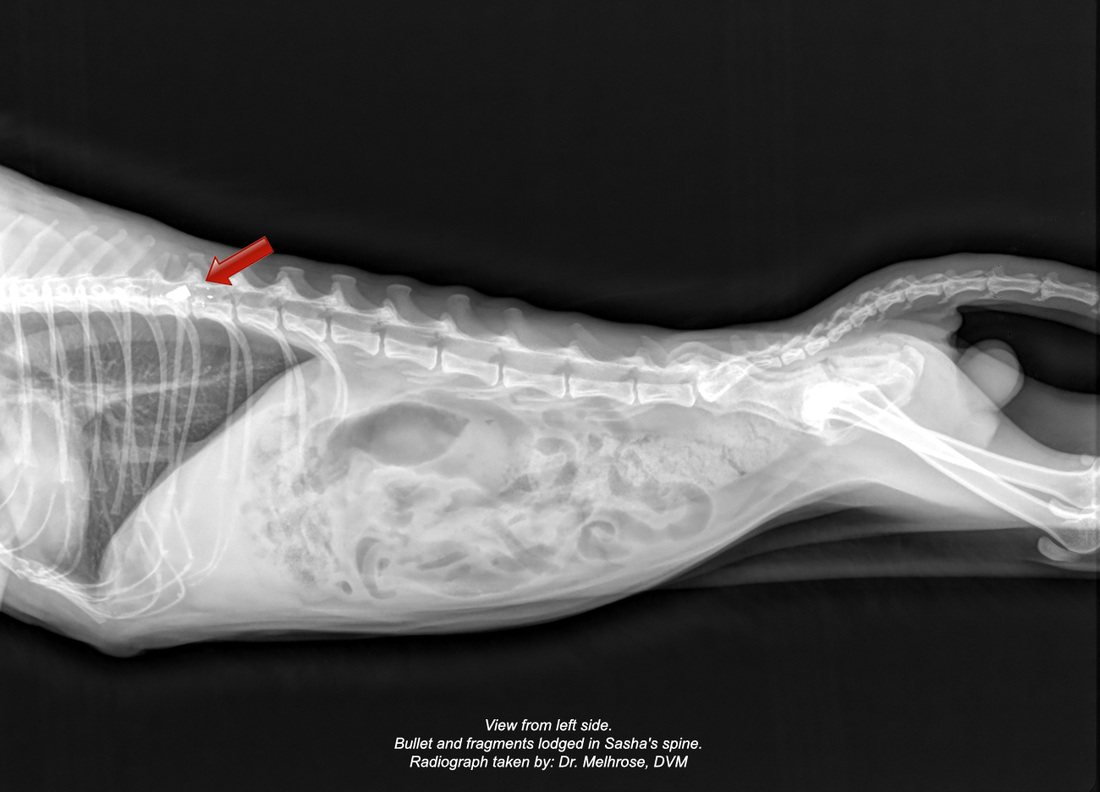 It appears from the below x-ray, the shooter was aiming for poor Sasha's heart. 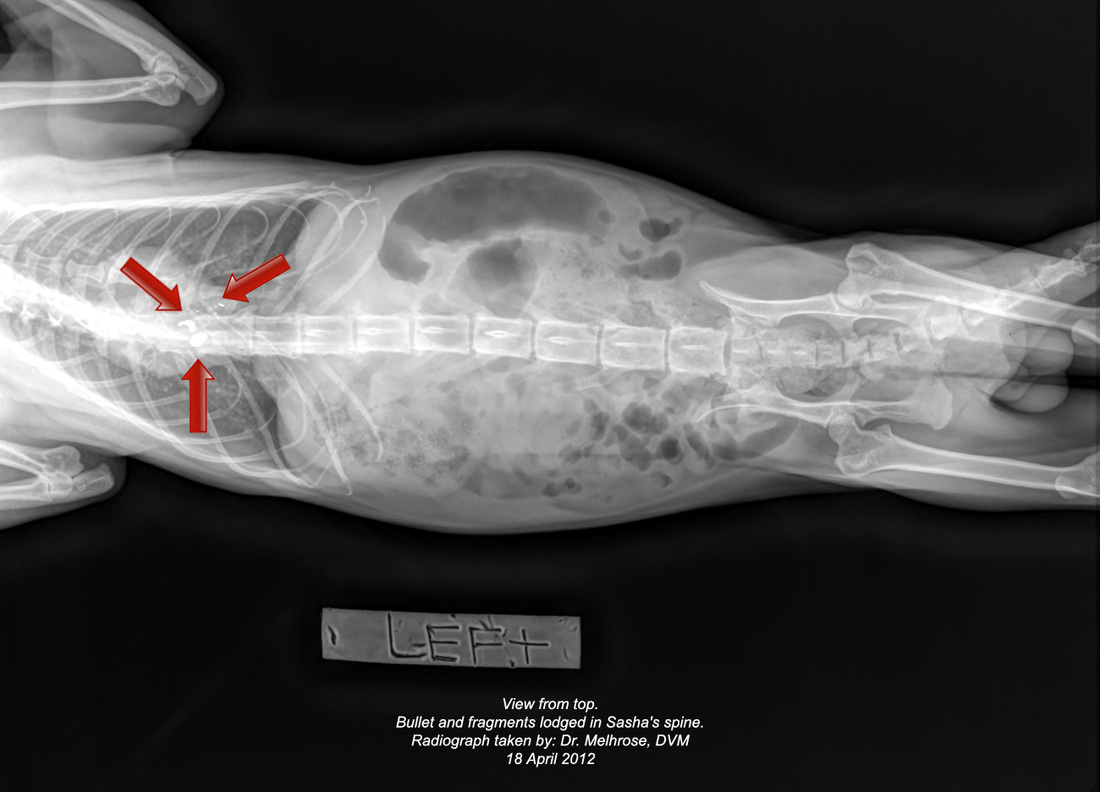 Sasha went into renal failure April 29, 2012.
His left kidney suddenly became very hard and he stopped eating and drinking.
I immediately took him to the vet less than 24 hours after he stopped eating.
It was also discovered Sasha has a heart murmur and some liver damage.
His right kidney is smaller than average and still functioning, but not at 100%.
As it stands, he has good days and he has not-so-good days.
Unfortunately, he will not tolerate Sub-Qs, so when I see he is not drinking enough water,
I force feed the water 2-3ml at a time in 12ml sessions. He also tolerates this well.
Sasha had a sonogram last week and the vet stated Sasha is not doing well.
However, as sick as he is, he is still holding at 9.5 pounds and a vet tech who attempted Sub-Q's
could not believe he looked so well with such poor blood work and diagnosis.
Below photos were taken May 25, 2012
(Belly was shaved for sonogram) 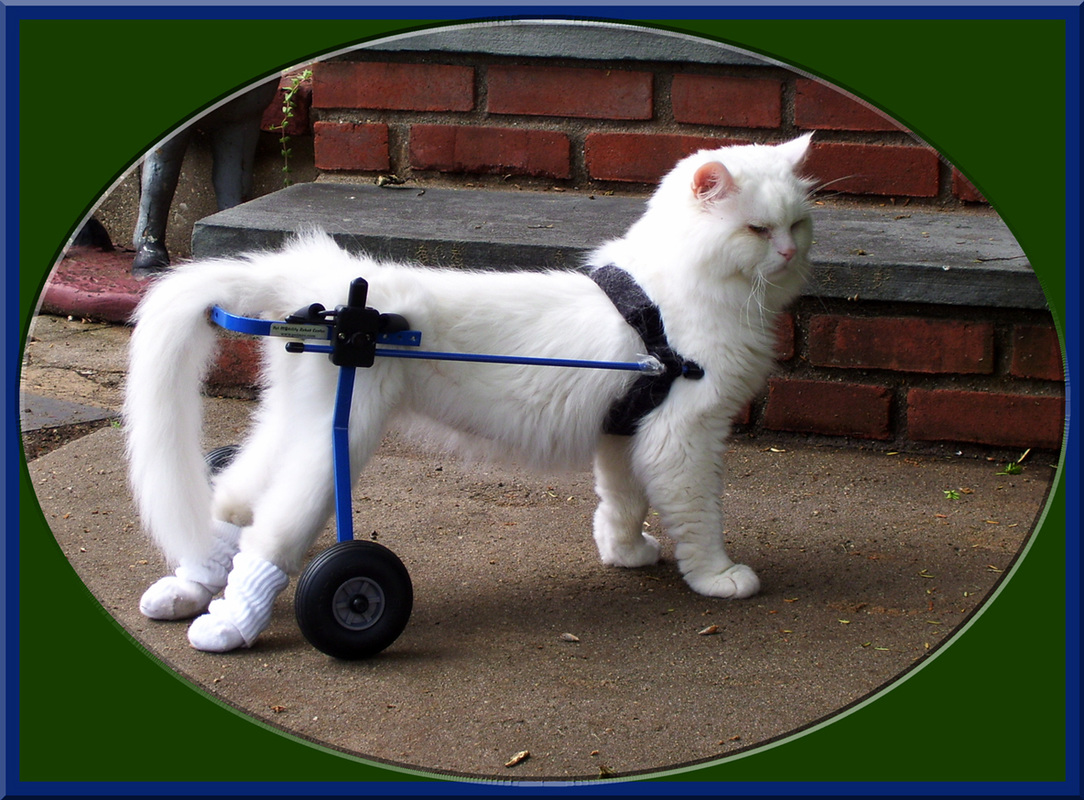 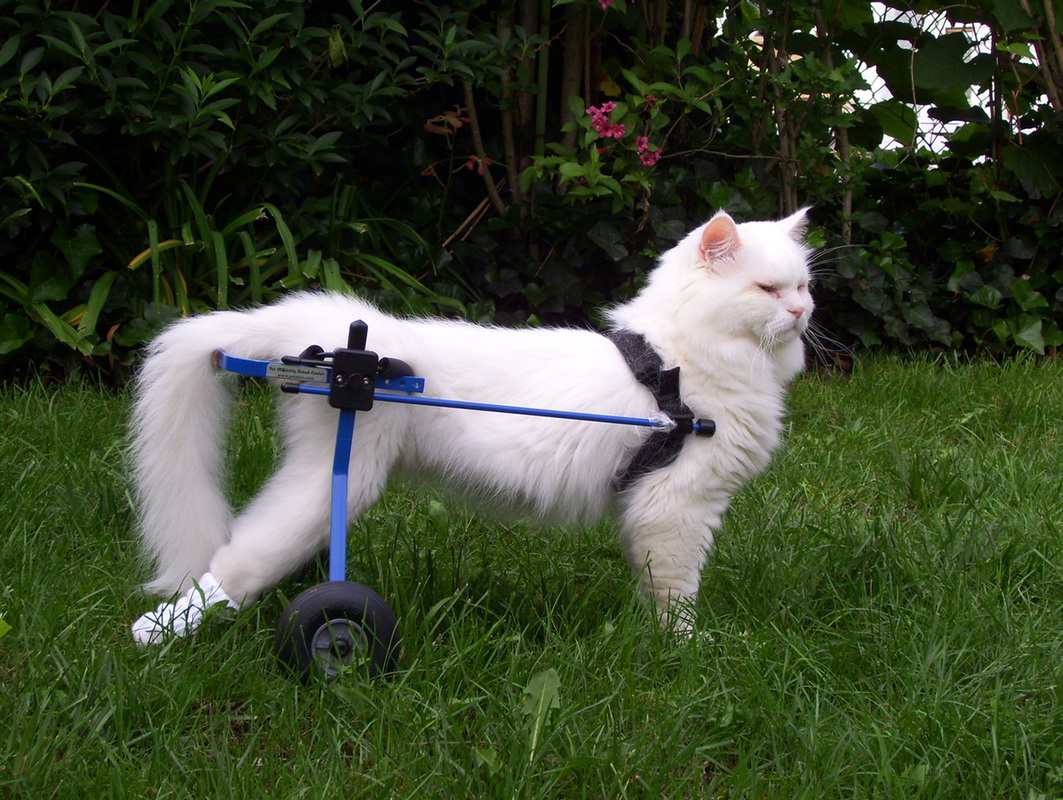 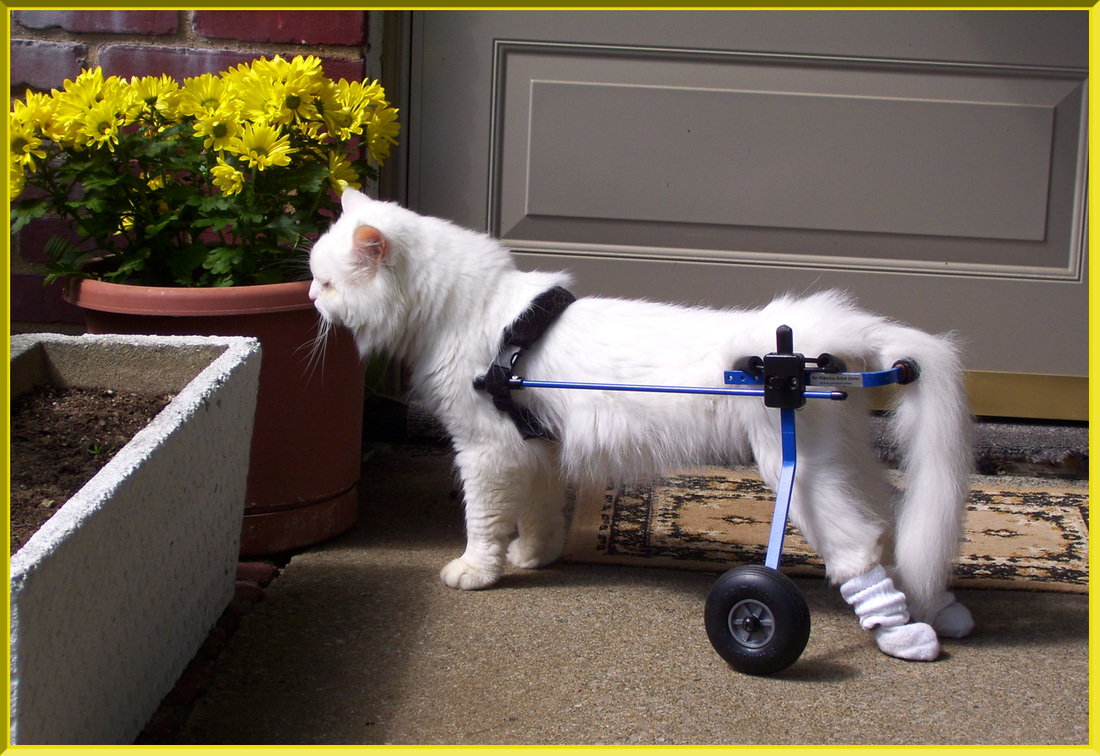 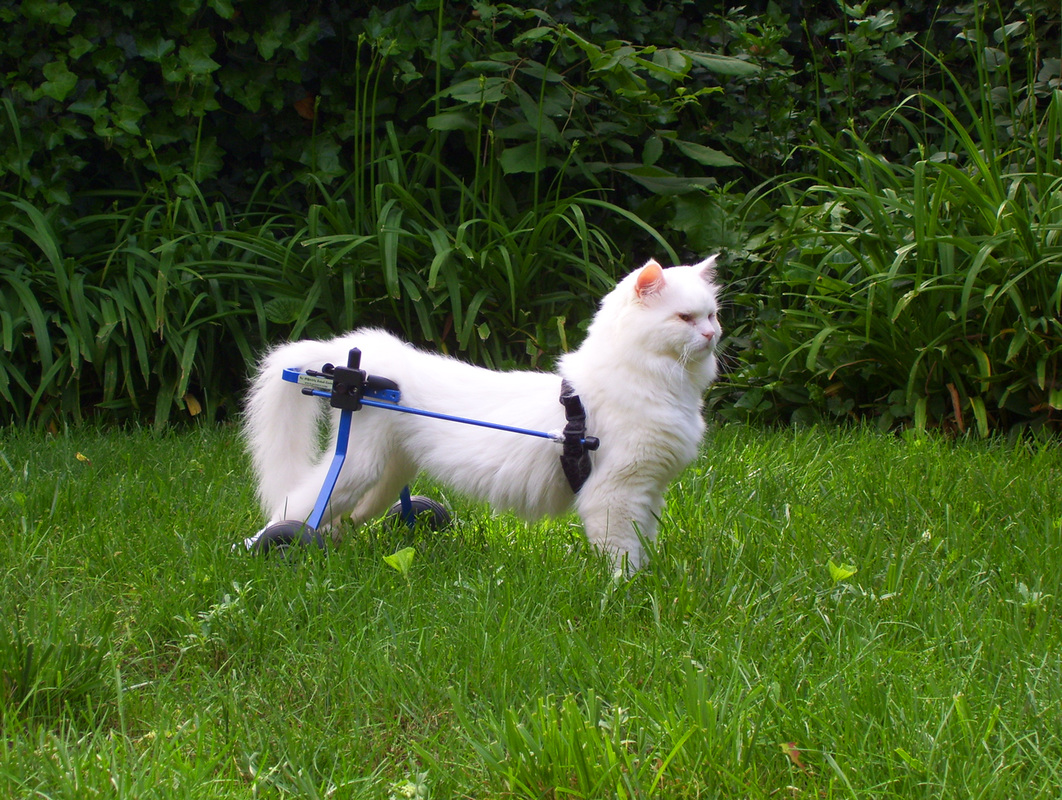 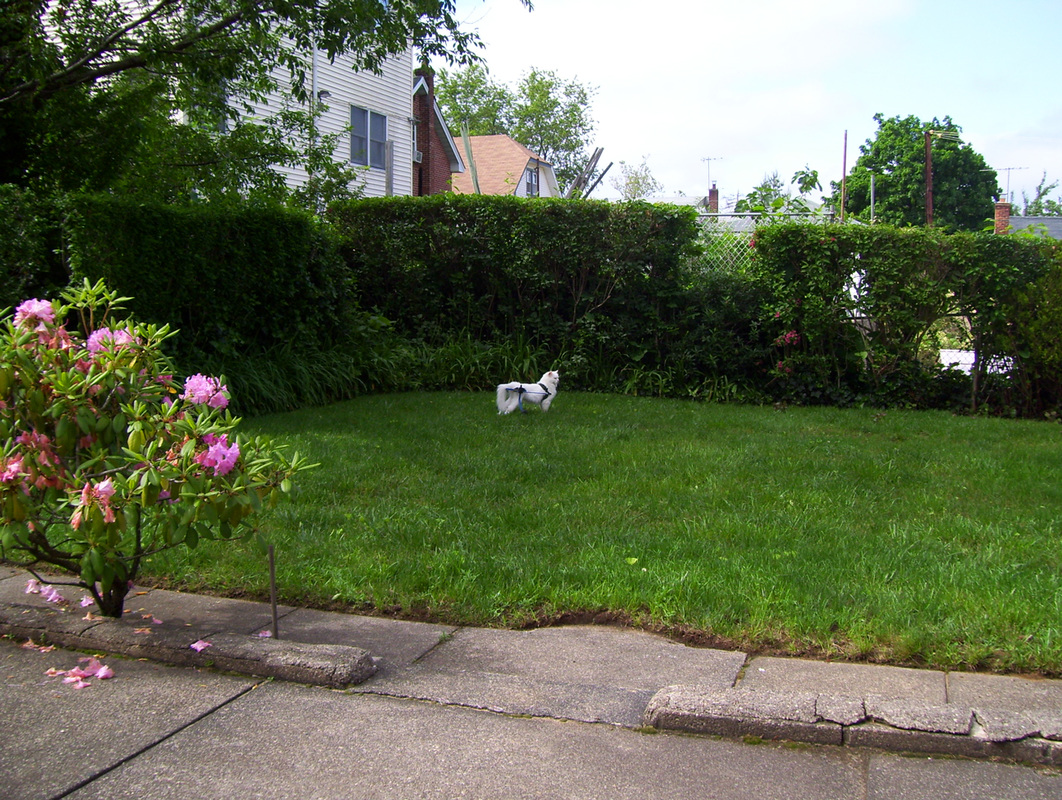 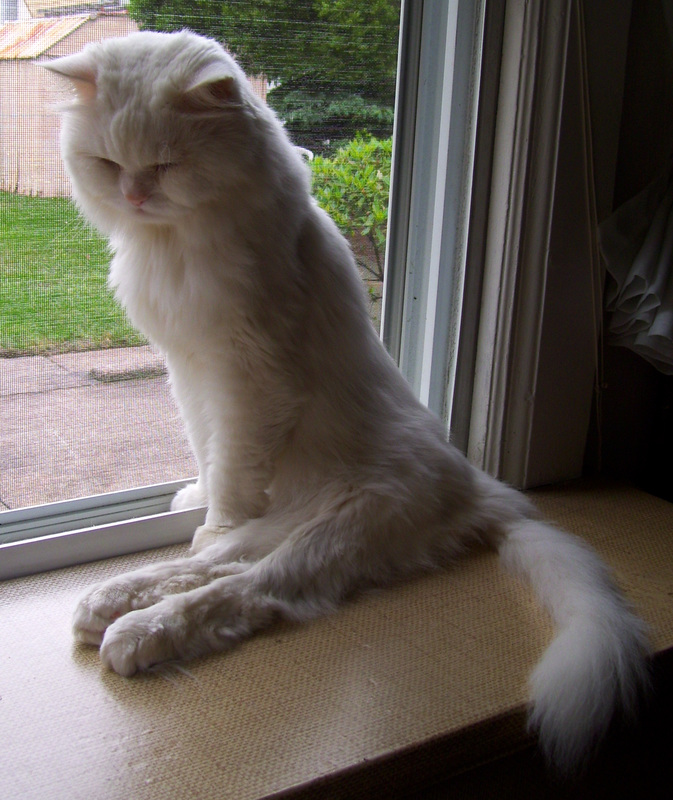 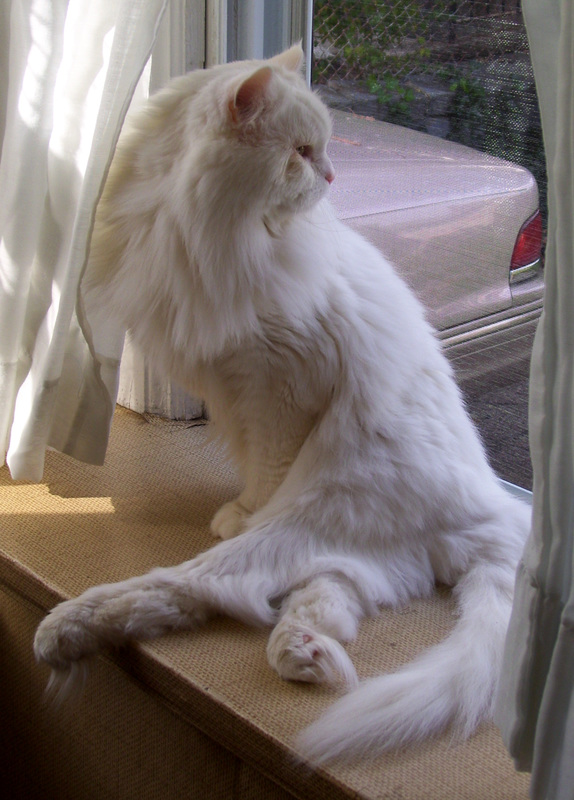 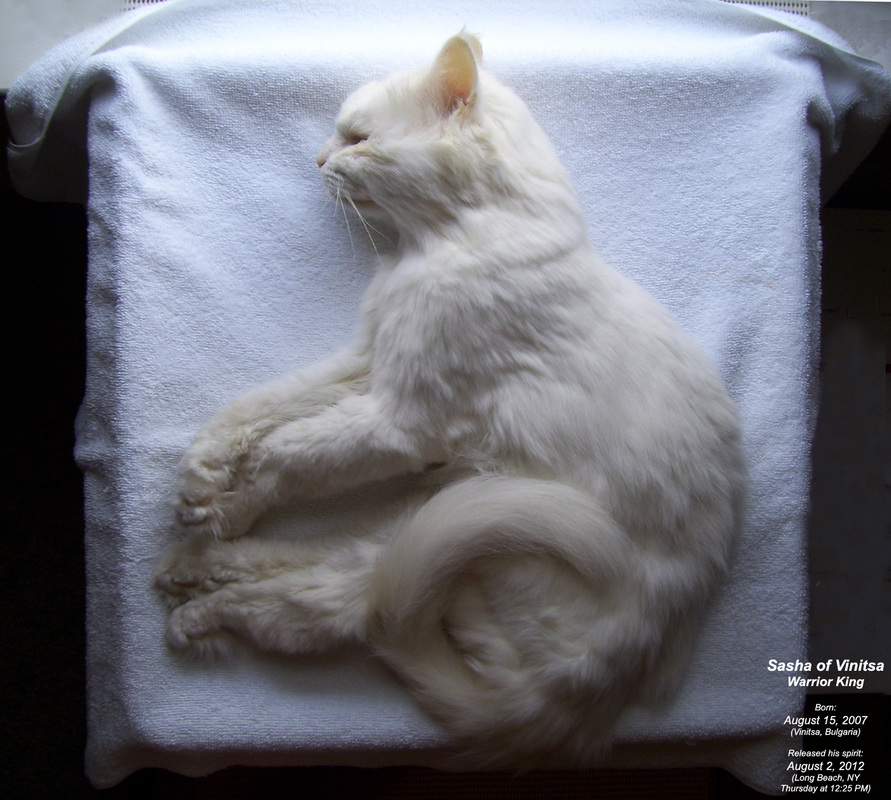